What do I do if my horse is cut?

“The bleeding is just about stopped. Is it clotting or is he runnin’ out of blood?”
By Madison Seamans MS DVM

Although the average thousand pound horse has about ten gallons of blood, there’s really no such thing as “a little” hemorrhage—especially if it is from your horse. (The same amount of blood gushing out of a neighbor’s horse is not nearly so frightening) For most wounds, fencing is the culprit, though the exact location of the crime is often a mystery. There is no “safe” fence. But how often have you seen perfectly unblemished horses standing in the middle of a place with piles of rusty barbed wire and an impressive collection of junk cars? Conversely, the same horses can be kept in a rubber room and end up with nasty cuts. 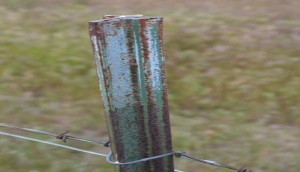 Obviously, barbed wire has been the nemesis of horses since it was invented. Why it doesn’t appear to be a problem for cows is way beyond me, but that’s a whole ‘nother story. In my practice, I see more cuts from steel “T-posts” than any other source. Just touch the top of one of these things, and you’ll see just how sharp they really are. Most horse fence is of smooth or “barbless” wire of one sort or another. However, if horses are housed in a large enough area (greater than one acre per horse), and the fence is kept tight, I don’t see the wire as the problem. It is the top of the “T-post” that is the major source of lacerations in horses: commonly under the chin/lower neck, or high on the hind leg. These wounds occur as the horse is sweeping his head and neck over the top of the fence, or being backed in to it by another horse. It is pretty easy to identify these wounds because they are just about the same height as the top of a bloody T-post—what the FBI would call “a clue”.

Another dangerous, although less likely, source of injury is the unprotected edge of a metal roof. When most people build a barn, a ten or twelve foot clearance is usually considered a safe distance so the horse won’t bump his head. However, when rearing up, a horse’s head can be twelve or fourteen feet in the air. I have seen several severe lacerations acquired by this rather unorthodox method, and have been amazed by the sheer athletic ability required in the process. 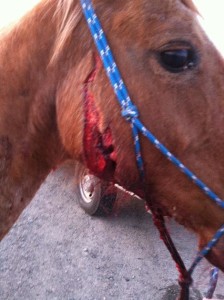 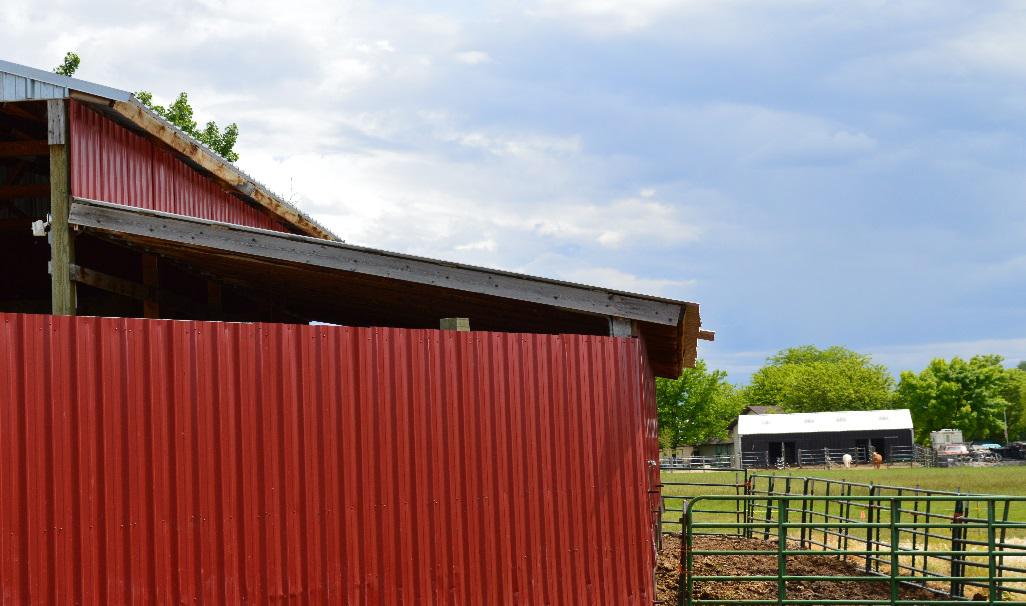 Although some lacerations can be life-threatening, the vast majority of them are relatively minor. Even wounds requiring extensive suturing (like the one in above) will often heal uneventfully. The question is what to do until the vet gets there, or whether to call one at all. Fortunately, cell phone cameras can be a valuable tool for us to evaluate the severity of a wound, and most vets are willing to help clients over the phone. Just about any laceration should be considered an emergency and a vet at least called for a consult. Even a very small laceration in the wrong place over a joint or tendon can result in career-ending damage. Most bleeding can be stopped with pressure from a clean, dry towel. The water hose is not a friend to hemorrhage, as it washes away the clot that could form if we would just leave it alone!

Historically, wound management has focused on disinfection. There are many wound products on the market in a variety of colors designed to “disinfect”. Just about all of these products are real good at killing germs, and most are equally adept at killing animal tissue. Our goal now is more directed at preserving the tissue and worrying less about the bacteria. 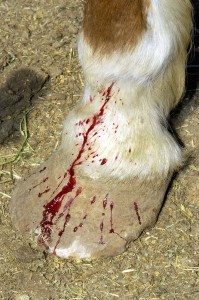 Of all the classic “remedies” for cuts, peroxide is among the worst. Microscopically, this chemical causes something called embolism, acting like a little plug in the blood vessel. This may be OK to stop bleeding, but it also stops the healing power of blood required to regenerate the damaged tissue. Iodine, even the “tamed” variety and bacteriostatic dyes (blue, red, pink and green) are all very toxic to tissue. The dead tissue must be removed before the healing process can start, so just about all topical wound products are not recommended as they actually delay healing.

The best way to clean a wound is with something that does not damage tissue. Physiologic saline is 0.9% salt in sterile water. You can buy this is most drug stores as contact lens rinse solution. Or, you can make it with two table spoons of salt (yes, plain ole regular table salt, if you don’t have that, margarita salt will work just fine, and the tequila will help calm you down) in a gallon of distilled water.

Since most wounds occur on lower legs, wrapping will quickly become a skill acquired by owners of cut horses (not cutting horses). When in doubt, wrap the leg, but be careful not to wrap too tightly as this can cause problems all by itself. (To help guard against wrapping too tightly, use a thick layer of cotton) If you must use some type of dressing on the wound, raw, uncooked honey is the best. Imported, exotic varieties are not any better than raw, local stuff. This has been shown clinically to be a reasonably effective disinfectant and a very powerful immune stimulant which has been a part of my wound management for many years.

The good news is that horses are big, strong animals with amazing regenerative properties built-in to their biology. No matter what you do, most cuts are going to heal anyway, so relax.