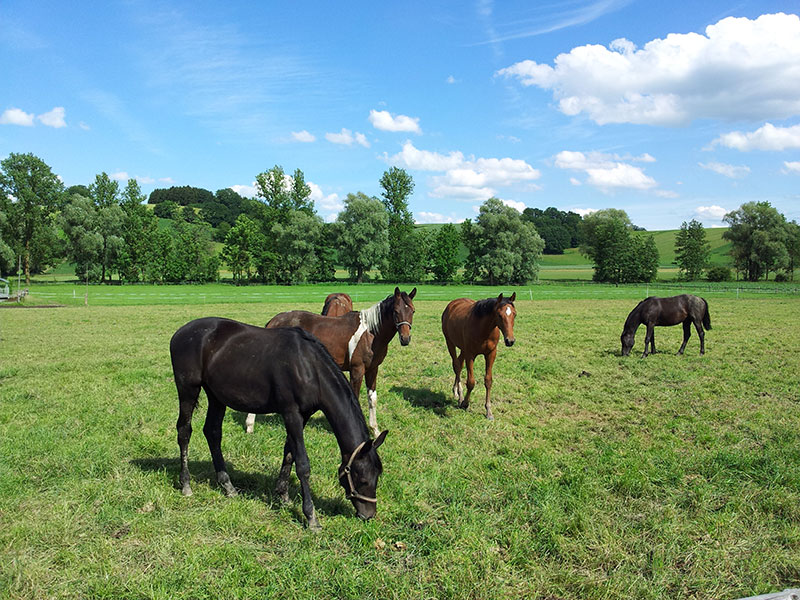 I was vaccinating a horse the other day, something I do on a real regular basis. This particular patient was unique, and his reluctance to see the benefits of preventive medicine, also known as “needle shyness” had distracted me. This is not usually a dangerous procedure, but this horse was testing my nerve. I was artfully dodging teeth and front feet from my unwilling patient “Fluffy” while my client, Mrs. Wiggins, was asking me what I was doing. Of course, my immediate response could have invoked a terse explanation about self-preservation, but that would be unprofessional. Then the scientist in me sort of took over and I wondered, yeah, what was I doing? There must be an easier way to make a living! No, I wasn’t thinking that—well OK, but just for a moment. Then my spring-loaded, attention deficit brain bounced to the history of the science of vaccination. In this modern age we tend to take things for granted: we can buy medicine at the super market to cure diseases that were fatal a generation ago. We know that vaccines teach the immune system what disease organisms looks like, so we have defense systems ready when we are attacked. Vaccines have virtually eradicated infections like polio and smallpox. But where did these vaccines come from? The vaccine fairy didn’t just land at the local doctor’s office or feed store. Somebody had to invent them.

Although the term “science” commonly induces mental images of white coats and test tubes, astute observation has always been the hallmark of a good scientist. For example, Edward Jenner, a practicing physician in England observed that milk maids never got small pox. This disease was the topic of great concern because, in the 1700’s, 60% of all Europeans got small pox and 20% of them died from it! The Europeans brought smallpox to the new world and entire tribes of indigenous people were wiped out. However, Jenner, armed with his observations and some willing test subjects, took scabs from the hand of a milk maid (evidence of cowpox, similar to small pox, but not deadly) and, with a piece of broken glass, introduced this infected tissue into the skin of healthy subjects. Imagine that! The village doctor comes up to you one day and says, “Hey, Nigel, I have an idea of how to prevent smallpox. Olga here, has a few scabs on her hands. I’d like to scratch your skin with this broken beer bottle and rub those scabs around on you. What do you think? You’ll be OK, I think. I mean, I’m pretty sure. Come on, what’s the worst thing that can happen?”

Apparently, his pitch was effective. Later, he challenged the vaccinated subjects with active small pox lesions. This produced two astounding events. First, these people actually let him try to give them small pox! And even more amazing, they did not succumb to the deadly infection! This process, called variolation, may have been invented by the Chinese a few centuries before Dr. Jenner, but the point is that this is not a new idea. The term “vaccination” comes from the same Latin derivative for “cow”, like the Spanish: “vaca”.

Let’s fast forward 150 years or so. A French chemist named Louis Pasteur was working at the University of Strasburg. Some local wine and beer makers were having quality control problems. They thought this was a problem with chemistry, as nobody ever heard of fermentation. It was Pasteur that discovered the process was due to the activity of yeast, a sort of mold growing on the sugar from the grapes that produced alcohol in a biological, chemical, process. He was able to grow these organisms in the laboratory, thus virtually inventing the science of microbiology.

In Pasteur’s day, the germ theory of disease transmission was just that: a theory. Nobody had proved it yet–most diseases were caused by bad air, divine retribution, evil spirits or space aliens. Pasteur had lost three of his five children to typhus, an infectious and often fatal gastrointestinal disease. At the same time, a similar disease called fowl cholera was causing major economic challenges for the European agricultural economy, killing chickens by the carload. With this great personal incentive and his new-founded science of microbiology, Pasteur went to work. Within a few months, he was able to isolate the bacteria causing the disease in chickens and grow it in culture plates. Then, he was able to give the disease to healthy chickens from these cultures. So he figured out the cause of the disease with nary an evil spirit or “ET” to be found. But how to prevent it? That was the question he eventually answered. The answer came in one of the great scientific accidents of the modern era.

He was called away from his lab for a few days. When he returned, he resumed his experiments, infecting healthy chickens with fowl cholera cultures he had in progress before he left. To his surprise, the birds got sick, but they didn’t die. He repeated the experiment, with the same results: the old cultures would not transmit the fatal disease. He grew new cultures, inoculating the same birds he had given the old cultures to, and they did not develop symptoms of fowl cholera. Something in the old cultures was protecting the birds from the infection that had previously proven fatal.

Thus, by accident, he discovered the process of attenuation: altering disease-causing organisms so they are harmless—not only harmless, but actually protective! He didn’t know how this happened—indeed, we still don’t know exactly how the immune system is stimulated by vaccines to protect us from disease. Pasteur, the nineteenth century chemist with nothing but a few test tubes and the power of observation, pioneered the sciences of microbiology and immunology. He developed vaccines for anthrax, fowl cholera and rabies. Many of his processes (does “pasteurization” ring a bell) are still in use today. So the next time someone asks you what you know about vaccines, just tell them: “milk maids, spoiled wine and dead chickens”.

Judicious use of vaccines can be beneficial to most horses. However, not all vaccines are safe and effective. In fact, the immune system in some horses really does not like some vaccines. Adverse reactions like painful swelling at the injection site, fever, lethargy or mild colic have been reported following vaccination. We should think long and hard before vaccinating these horses every year. Like people allergic to bee stings, some of these reactions can get worse with each exposure. Although many vaccines can be purchased on line or at local retailers, this is one aspect of horse health that warrants the hands of a trained professional. Good medical management in all aspects of equine health can help us maintain a good quality of life in these amazing animals. Our current recommendation for vaccines is subject to change, as science dictates, but this is our suggestion until further notice:

Twice-yearly: In some areas, (like public boarding facilities or show barns) Influenza vaccines have been of limited benefit. Only use the IgA directed flu vaccines, your equine veterinarian can help you with this.